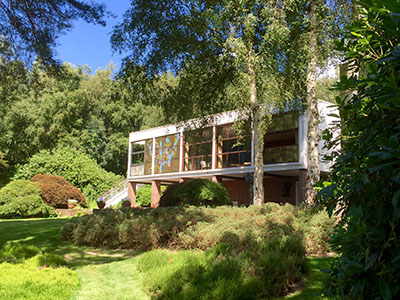 The Homewood – One of Elmbridge’s Hidden Gems

The Homewood is the opposite of what you might be thinking of when I say it is a ‘National Trust house’.

It’s not a centuries old stately home or a large manor house in the heart of rural England.

Completed in summer 1938, the Homewood was designed as a family home by architect Patrick Gwynne. He was only 24 when he began designing the house which makes his achievement even more astonishing.

The outbreak of war in 1939 ended its brief time as the Gwynne family home, but Patrick himself lived there until he died 13 years ago.

The Homewood is one of the best examples of the ‘modernist’ style in Britain, both inside and out. I’m not a huge fan of modernism, I’m perhaps a bit more traditional, but it’s hard not to fall in love with this house.

It’s designed in a way that you can imagine living there; it’s not an oppressive country house but a family home – albeit one that is simply stunning.

The huge living rooms windows look out on the beautiful garden, which was designed to complement the house. It would be worth visiting for the garden alone, with its variety of colourful flowers, trees and ponds. Ignoring the slight background noise of the Portsmouth Road, you totally forget you’re in the middle of suburbia and imagine you’re in the middle of the countryside. 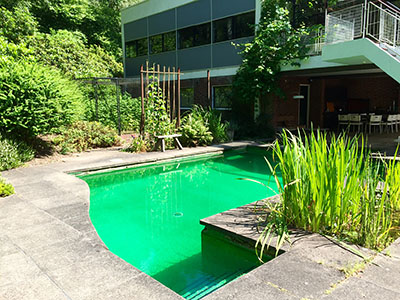 Gwynne gave the house to the National Trust, but on the condition that after his death a family would live there and it would be open to the public.

So during our guided tour the current tenants (including dog) hid in the kitchen!

It’s hard not to be very jealous of them, particularly as the day I visited was one of those heatwave days we had last month and the swimming pool on the terrace looked incredibly appealing.

At the tour’s end you leave by the back door and straight onto the terrace, a perfectly designed entertaining space, overlooking the garden and swimming pool. You can explore the garden at your own pace, but tours of the garden do sometimes take place.

As it’s lived in, the Homewood is only open by pre-booked guided tour (which lasts about 45 minutes). These are run once a week on a Friday or Saturday from March to October.

The tour guide was very knowledgeable and engaging.

The tours start at Claremont Garden, where a minibus takes you the short drive to the house.

After returning from the Homewood, grabbing something to eat and drink at Claremont’s cafe is the perfect end to a visit. So next time you’re planning to visit somewhere, stay local and visit one of Elmbridge’s best kept secrets, the Homewood. 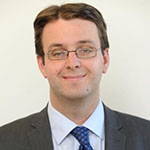 Andrew Kelly is a Walton resident and has been a Elmbridge Borough Councillor for the town for six years. He’s a long-suffering daily commuter to London, and at weekends enjoys getting away and making use of his National Trust membership!